Brotli-G is based on the well-established Brotli lossless compression algorithm standard maintained by the IETF (also known as RFC7932). Brotli was first released in 2013 and the open-source specification was developed and generalized between 2013 and 2016. It was developed by Google Research as an open successor to the GZIP and Deflate algorithms, with similar performance (to Deflate) but a better compression ratio.

The original use case was to make websites load faster by compressing content used by web servers and content delivery networks. Brotli is useful as a general compression scheme for many types of data/content/assets. The ‘intended audience’ as defined in the specification is characterized as follows:

“This specification is intended for use by software implementers to compress data into and/or decompress data from the Brotli format.”

The technical details of the Brotli algorithm are well documented (see resources section below). At a high level, it is a combination of the LZ77 compression algorithm and Huffman coding (similar to GZIP and Deflate).

Because of the obvious performance and compression ratio advantages over previous compression formats, Brotli has been widely adopted in web applications and content spaces. Brotli can be used to compress web application assets such as fonts, javascript, images, and much more.

Brotli has already been successful in these areas. When asset file sizes are smaller, they can be delivered over networks faster, and when compression/decompression is fast, web pages load faster and are more responsive.

As a general data compression format, Brotli may also be applied to other software ecosystems such as gaming and cloud gaming. Video games are asset-dense software applications, and many already employ some type of compression to reduce file size. The gaming experience may be improved by improving the compression and decompression performance of compressed assets.

The AMD modifications to the Brotli bitstream format are focused on allowing efficient, data-parallel decompression on GPUs and multithreaded CPUs, while still maintaining comparatively high, state-of-the-art compression ratios for general-purpose data. Some of the modifications include:

The Brotli-G decompression algorithm has been implemented as a ‘shader’ program (written in HLSL) that runs on virtually any DirectX®-compatible graphics card. Implementing decompression in shaders takes advantage of the enormous parallel processing power available in modern GPU hardware, to enable incredibly fast decompression speeds.

What AMD is releasing

We will also be integrating Brotli-G codecs into our Compressonator content authoring toolchain component as a supported compression format in its SDK library (coming soon).

Brotli-G is released under the same licensing terms as Brotli (MIT-based license known as BCP 78) to support broad adoption in many different software ecosystems.

Brotli-G is an open-source compression/decompression standard for digital assets (based on Brotli) that is compatible with GPU hardware. 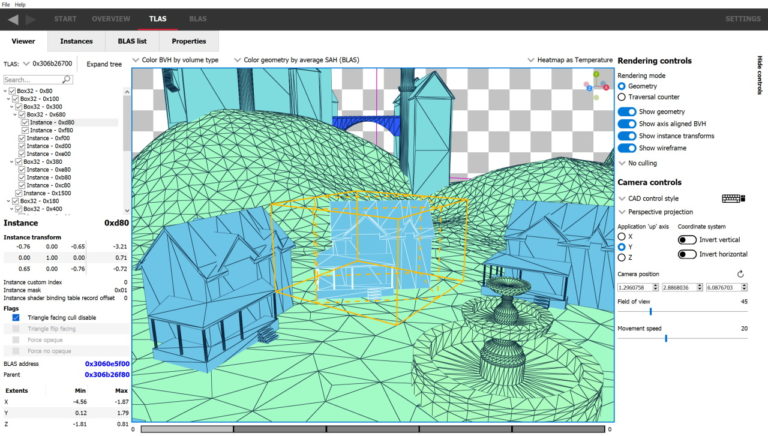 Analyze the source code to RRA, and learn about amdrdf, a library for handling Radeon Data File (RDF) format, used by RRA and others.