FidelityFX Single Pass Downsampler (SPD) provides an RDNA-optimized solution for generating up to 12 MIP levels of a texture.

Downsample in a single pass

Use SPD with existing postprocessing

MIP levels have versions of the same texture but in smaller resolutions. They are used when the high-resolution texture is not necessarily needed (such as when objects are far from the camera, covering only a few pixels) or might introduce aliasing artefacts. MIP levels are also commonly used in effects like Bloom, Screen Space Reflections, and many more.

Use FidelityFX SPD as a building block to accelerate your post processing pipeline or texture creation. 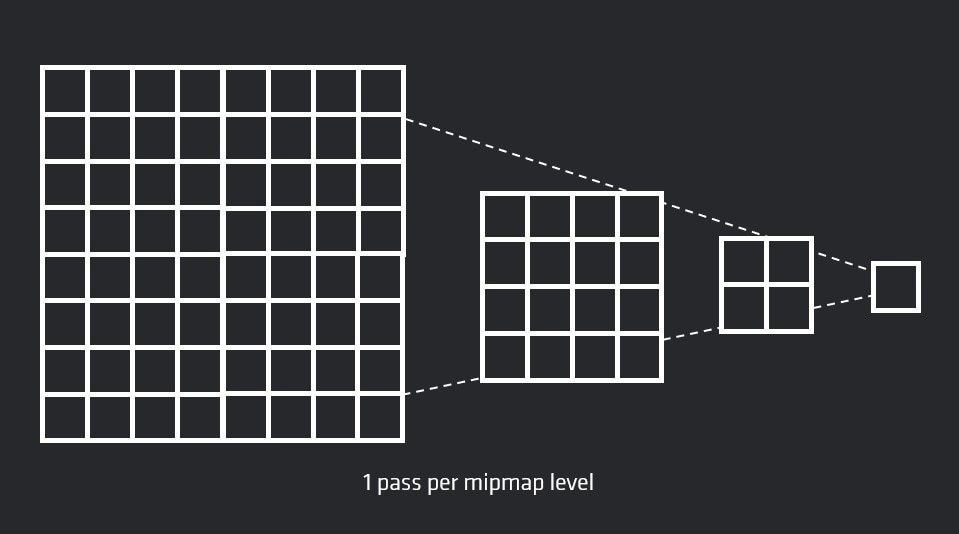 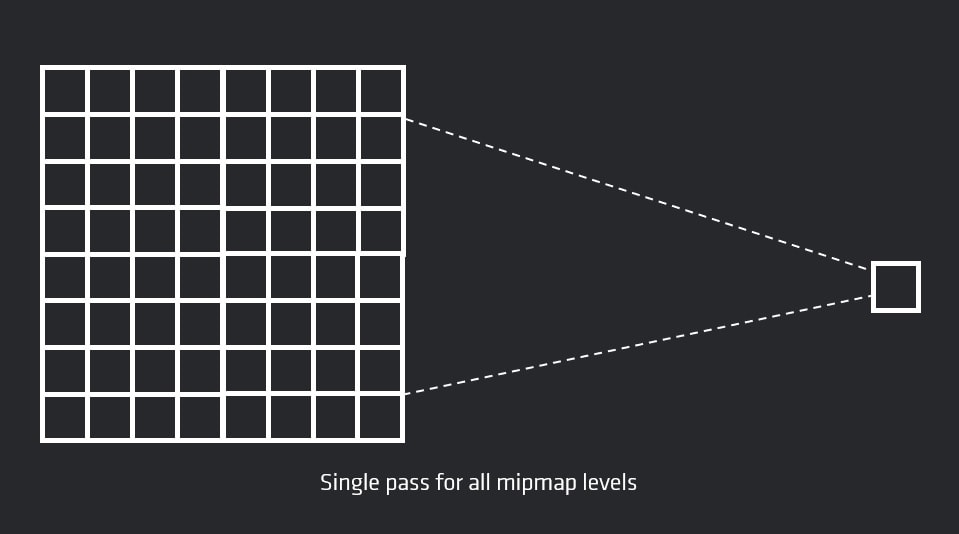 Generating these MIP levels is in principle quite simple. For the next lower MIP, a 2×2 pixel quad is averaged resulting in a half-sized resolution texture. The most common approach is to generate these MIP levels one after the other. This requires synchronization after each step.

FidelityFX SPD instead works on patches, downsampling each patch individually using a single pass compute shader without the requirement to synchronize the whole GPU after each step. Without these in-between synchronizations it makes SPD suitable for async compute.

Optimizing for the Radeon™ RDNA Architecture

When AMD introduced its Navi family of GPUs, it also introduced a whole new GPU architecture: RDNA. This architecture is not only used in AMD GPUs for PC, but also in next-generation consoles. Join the session to learn about the details of RDNA and how it differs from the previous GCN architecture. We will also be presenting examples of optimizations based on the case study of implementing an efficient downsampler covering topics such as characteristics of workload distribution, shader optimizations, and efficient texture access. 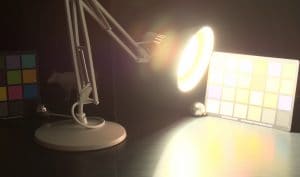 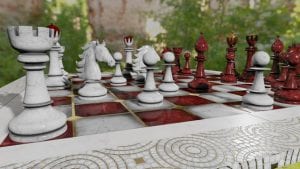 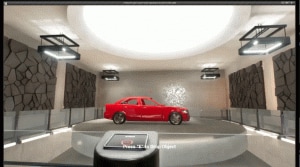 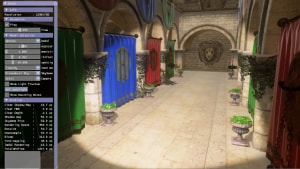 Radeon™ Cauldron is our open source experimentation framework for DirectX®12 and Vulkan®. 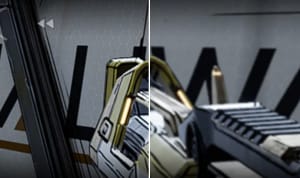 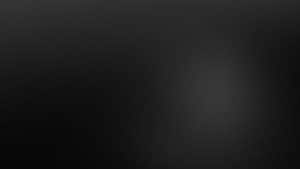