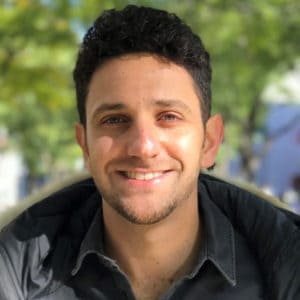 You can use the new mode to compile HLSL DXR source code and generate RDNA™ 2 ISA disassembly, HW resource usage statistics, and perform static analysis on the generated disassembly. As always, RGA allows you to do that even without having the physical target GPU installed on your system. Therefore, you can analyze your DXR shaders for DXR-enabled GPUs, like the Radeon RX 6900 XT, even without having the card physically installed. 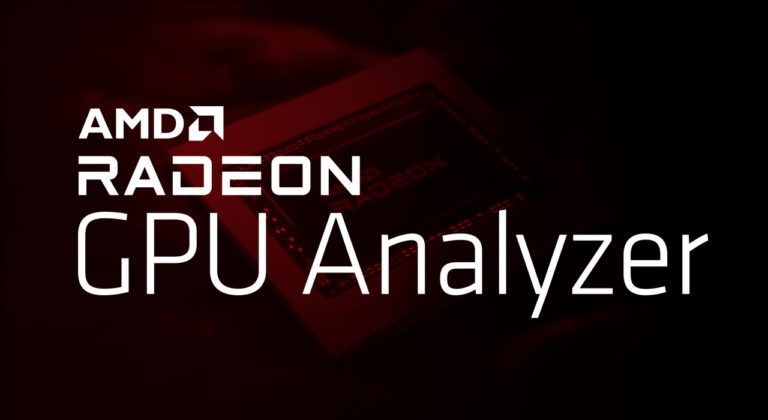 How to use RGA for DXR

A good example for how the DXR state subobjects can be defined in HLSL can found in Raytracing.hlsl  in the D3D12RaytracingLibrarySubobjects sample: 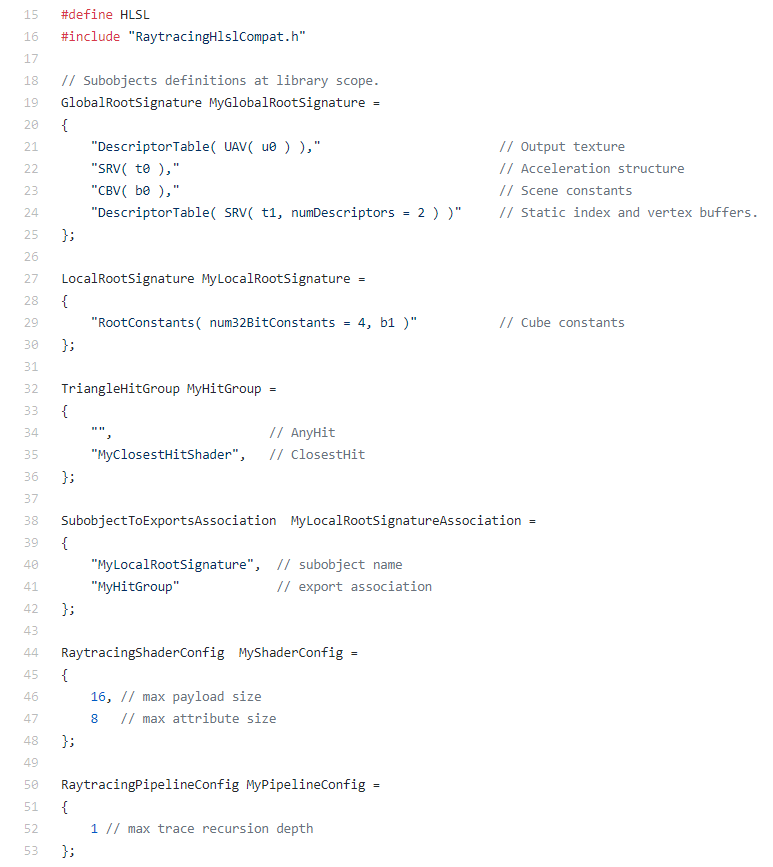 For more information about HLSL for DXR, visit the HLSL section of the DXR Functional Spec by Microsoft®.

Once you have the HLSL code correctly defining the state subobjects, compiling a DXR shader with RGA 2.4.1 is straightforward. The following command would compile and generate RDNA ISA disassembly for MyClosestHitShader which is defined in Raytracing.hlsl  in the D3D12RaytracingLibrarySubobjects sample:

Let’s break down the command:

After running this command, the disassembly file will be generated in the output path: You can compile any other shader in the file by adjusting the argument to the --export  option.

Note that we did not have to specify gfx1030 as the target GPU, RGA automatically selects an RDNA GPU in DXR mode if no target device is specified. Also, gfx1030 is the minimum target GPU for RGA’S DXR mode, since it is the first AMD GPU that comes with ray tracing hardware support.

Before demonstrating how to compile DXR pipelines, let’s get ourselves familiarized with the two modes of pipeline compilation that can be used by the AMD driver.

When a DXR app creates a DXR pipeline State Object (by calling CreateStateObject() with D3D12_STATE_OBJECT_TYPE_RAYTRACING_PIPELINE  as the type), AMD’s driver creates what we will refer to as “Raytracing Pipelines”.

The compilation mode is decided by the driver at runtime, and is not controlled by RGA. The decision on how to compile the pipeline is being made based on certain conditions such as the existence of recursion in the code and the number of functions in the State Object.

It is important to note that the driver keeps track of the different raytracing pipelines through their raytracing shader’s export name. You can think of it as a map of pipelines, where the raygeneration shader is the key in the map:

Let’s go back to the the D3D12RaytracingLibrarySubobjects sample. The following command would compile the pipeline that is associated with raygeneration shader MyRaygenShader which is defined in Raytracing.hlsl, and generate RDNA disassembly for all of the pipeline’s shaders:

As you can see, the command is identical to the one we use to compile a specific shader, with two changes:

When running a command with --mode pipeline , the output will tell you whether the driver compiled the pipeline in Unified or Indirect mode and how many shaders you should expect in the output.

Remember that the tool has no control on the compilation mode – it is decided in runtime by the driver.

This is how the output would look like if the driver compiled the pipeline in Unified mode, which means that all pipeline shaders were inlined into a single uber shader:

As you can see, the output informs us that:

In the output folder, we will then find a single disassembly output file named with a _unified suffix:

This will allow us to identify the specific pipeline that we are looking for in case that multiple pipelines are generated.

Now, let’s have a look at the tool’s output in case that the driver chooses to compile the same State Object in Indirect mode:

As you can see in the above output, the tool notifies you that the single pipeline that was generated was compiled in Indirect mode, and that 4 shaders are included in the pipeline. Then, the tool extracts the output for each shader.

In the output folder, we will find 3 disassembly output files this time, one for each of the pipeline’s shaders:

When a pipeline is compiled in Indirect mode, you would find an additional shader that is generated by the AMD driver, named “TraceRaysAmdInternal“. This shader is AMD driver’s implementation for the acceleration structure traversal.

In this article we learned how to use RGA 2.4.1 to compile DXR shaders and pipelines from HLSL code and generate RDNA ISA disassembly for DXR shaders. In our examples we focused on generating only RDNA disassembly, but RGA’s DXR mode supports all the output options that you are familiar with from other modes of the tool, such as extracting hardware resource usage statistics ( -a ), performing live VGPR analysis ( --livereg ) and generating a control-flow graph ( --cfg ).

Code samples used herein are from Microsoft®’s DirectX Graphics Samples and are © Microsoft 2015 and subject to the MIT License. 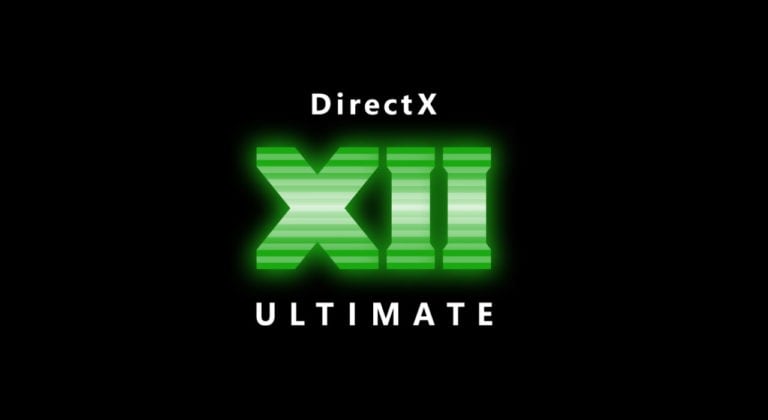 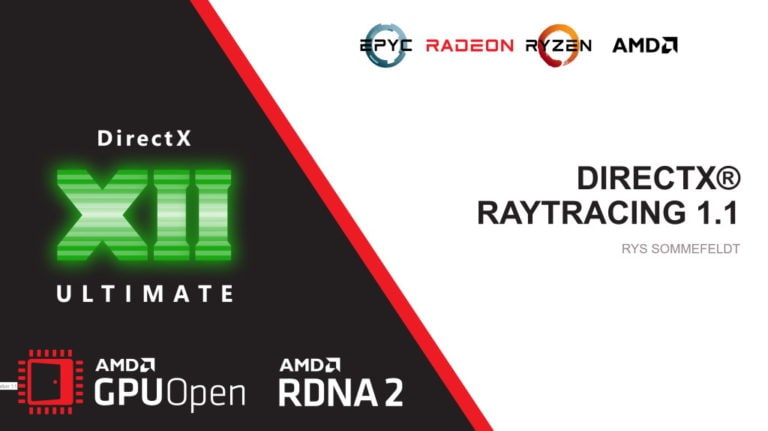 Graphics feature architect Rys Sommefeldt provides a short presentation on the major advantages of the new API, and how to best utilize it on AMD RDNA™ 2-based hardware.

Amit Ben-Moshe is a Technical Lead and a Principal Member of Technical Staff at AMD. His postings are his own opinions and may not represent AMD’s positions, strategies or opinions. Links to third party sites are provided for convenience and unless explicitly stated, AMD is not responsible for the contents of such linked sites and no endorsement is implied.