HCC supports heterogeneous offload to AMD APUs and discrete GPUs via HSA enabled runtimes and drivers.  It is an ISO compliant C++ 11/14 compiler that supports the following two programming workflows: 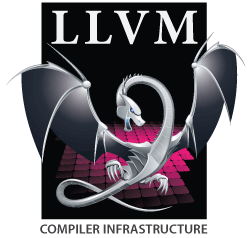 It is based on Clang, the LLVM Compiler Infrastructure and the “libc++” C++ standard library.

Inspired by C++ AMP and C++14, this is the default C++ compute API for the HCC compiler.  HC has some important differences from C++ AMP including removing the “restrict” keyword, supporting additional data types in kernels, providing more control over synchronization and data movement, and providing pointer-based memory allocation.  It is designed to expose cutting edge compute capabilities on Boltzmann and HSA devices to developers while offering the productivity and usability of C++.

Microsoft C++ AMP is a C++ accelerator API with support for GPU offload. This mode is compatible with Version 1.2 of the C++ AMP specification.

HCC provides an initial implementation of the parallel algorithms described in the ISO C++ Extensions for Parallelism, which enables parallel acceleration for certain STL algorithms.

HCC supports OpenMP 3.1 on CPU. The support for OpenMP 4.x accelerator offloading is currently in development.

Core™ and Xeon® are registered trademarks of Intel Corporation